We are the Boddie family who just happen to have an amazing world-class glow worm cave system hidden underneath our family farm! We’re the 4th generation lucky enough to call this place home.

We thought we’d introduce you to some of our relatives that helped make Glowing Adventures what it is today. 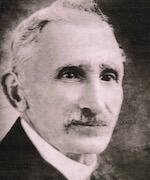 In the late 1800’s our Great Great Grandfather James Boddie immigrated to New Zealand from Scotland.

With no internet, in-flight movies, or even flights for that matter, we can only imagine how hard the long journey across the sea would have been for James, his wife Isabella and their 10 children.

James was first a farmer and then a businessman and politician. He became the first ever mayor of Te Kuiti in 1910. 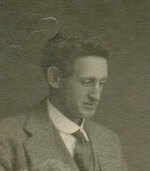 Henry (Harry) Boddie was James’ third son. In 1912 Harry was among the first pioneers to move with his family, and settle here in the Waitomo District.

Along with the rest of the family, Harry had the mammoth task of clearing the land in preparation for farming. With none of the fancy farming machinery we have today this was no easy job! 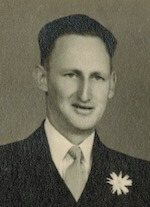 Our Grandfather Gordon Boddie was Harry’s eldest son and was born and raised right here on the farm.

Gordon attended the local school and was part of the buzzing little community then known as Pākeho. Gordon passed away in 1991 and left the land to his two sons. 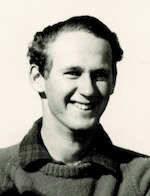 Gordon’s youngest son is our dad Bevian. Bevian has many tales of exploring the caves as a boy with candles and other inappropriate equipment! These days we are all about safety so his stories provide much amusement.

Although Bevian is now retired you will still see him helping out at Glowing Adventures. If anything is ever in need of fixing he’ll be right here. This land is in his blood. 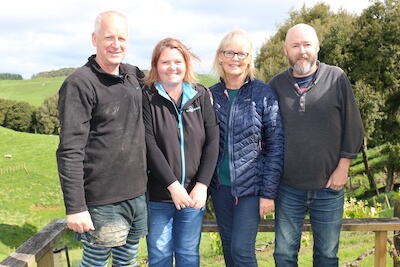 The land has now been passed to Bevian’s son Stefan and wife Michelle. We are the proud fourth generation of the Boddie family to work on the land in Pākeho.

In 2015 we made the decision to share our incredible backyard with visitors from all over the world and we found they LOVE this place as much as we do!

We feel so lucky that we can enjoy this beautiful environment everyday and have the best job in the world showing it off to new friends.

Pākeho is the name of the area here in Waitomo. The word Pākeho is the Māori word for limestone, which is the white rock from which the many caves in the region have formed.

The Mangapu Stream runs through Pākeho and over millions of years has formed a deep gorge and large cave system here on our farm.

On our tour you will explore the Mangarongapu Cave. It is at the upstream end of the large Mangapu cave system, which is approximately 4km long and includes the Mangapu Gorge, Mangarongapu Cave, Nemesis and Sterling Silver Caves, Lime Cave, and the Lost World.

The Mangapu cave system is one of only two of Waitomo’s many cave systems that is designated by New Zealand’s Department of Conservation as being of international significance.

As guardians of this beautiful place, we are ensuring it is protected for generations to come.

We hope you love it as much as we do.